We use plants creatively to enrich

Clean air is an important issue but is the solution more simple than we think?

Poor air quality is considered one of the biggest public health issues now facing the UK.  A study commissioned by Boris Johnson, Mayor of London, calculated that more than 4,300 deaths are caused by poor air quality in the city each year, costing around £2bn a year.

Due to the fact that we actually spend more time indoors than outdoors, there is potentially a more significant issue over indoor air quality especially in city-centre offices. It was found that indoor air is often five to ten times more polluted than the air outside.

There is often little recognition that air pollution in offices can have a major impact on workers’ health and this in turn not only affects productivity and reduces profitability but the risk of health related claims increases dramatically.

So what can be done to improve air quality in offices?

Of course, there is no question that we need to reduce sources of pollution wherever possible and consider better, cleaner options in many areas but...

The answer, according to a NASA reportpublished by Dr B.C. Wolverton in 1989, is that

“If man is to move into closed environments, on Earth or in space, he must take along nature’s life support system. Plants.”

Through photosynthesis, plants emit oxygen into the air which we need to breathe. Plants also absorb, and therefore lower, levels of carbon dioxide, carbon monoxide and other gases and harmful toxins in the air.

According to a study by NASA indoor plants can remove up to 87% of air toxins in 24 hours.

With their proven ability to clean and refresh our air, plants have a vital role to play in solving our air pollution problem.  While we are by no means claiming that plants are the total cure to pollution, it has been proven that they can significantly improve air quality.

Marius Ballieux, of Ballieux Organix Architects, conducted further research using NASA-validated equipment in order to get a more accurate picture of how quickly and thoroughly plants could improve the air quality.

Early studies in test environments showed that plants immediately began to bring down VOC (Volatile Organic Compound) levels in the air and, in the right quantity, could bring levels down to zero in the space of a few hours.

Marius believes that plants should be factored into a building at the design stage, to ensure they are as effective as possible, but even placing plants in a room at a later stage can have a profound effect on air quality.

What office plants are best for cleaning the air?

Whilst most plants will improve the air quality some species have been proved to be more effective than others.  Some examples of these are shown below.

Make a difference in your organisation today

One of the main contributing factors to the effectiveness of the plants is the health and vigour of the plant.  Ensuring that the plant species is suited to the environment it is being placed in, is critical to its long-term health.  As a general rule, access to natural light and a consistent temperature are the main factors that contribute to healthy and effective office plants. 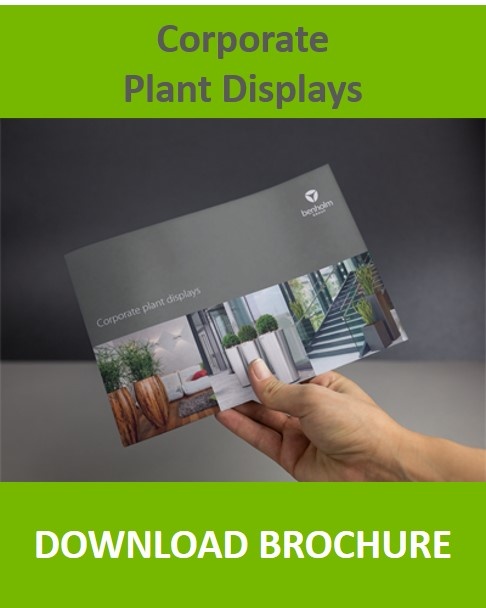 We’re now on Pinterest. Visit our boards, we hope they inspire you.

< View Previous View Next >
< Back to News